Now, the original plan was to post one of the cards every other day (on the odd days) up until New Year’s Eve itself with the final hurrah. 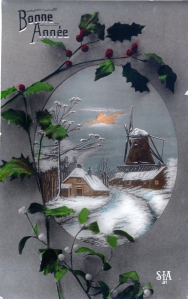 29 December 1921 – To sister, brother and niece from Gabrielle Doublie

However, I forgot to queue up some posts and got a bit busy and … then there was Christmas and one thing and another … And here we are on New Year’s Eve Eve with the final instalment – running from 1919 to 1922.

In the spirit of Lousie’s family:

A fine pair of French lovelies …

That is one sassy fur coat at Christmas …

Undated – to parents, Amelie and sister

Fast forward several months (okay, a year) and we reach December 1918, and this card sent to Louis by his wife, Amelie. As mentioned previously, Louis was a soldier and by this time World War One had only been over for little more than a month.

I suppose this is the most overtly romantic of the cards – or at least one that lets us peek into the relationship between these two.

(I sincerely hope that is the last year you pass away from us … We are all in perfect health and I desire that you be so also.)

Fast-forward a year and we reach le 28 décembre 1918, and another winter scene.

This was sent from Joséphine Doublié to her godfather and contains the usual best wishes for the oncoming year.

Because a child with a goat just isn’t enough … here’s the old classic Girl With Dwarf Elephant.

Sent by Louise herself to her mother and dated 1 January 1918, it still has the hand-ruled pencil lines on it to mark the bottom of the lines and also the top of the lower case letters!

She signs off with ‘a thousand kisses’: 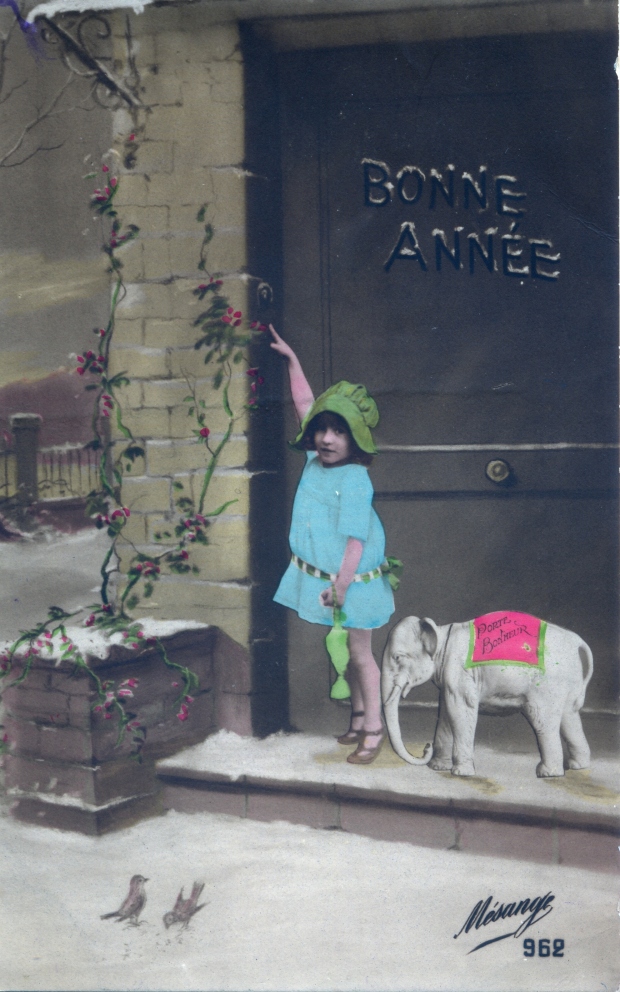 A story a day keeps the boredom away: SF and Fantasy story reviews