Alex’s Root to Tip post that I shared a few days ago (what do you mean you missed it? The original is here…) has had me thinking about gateway ancestors.

A ‘gateway ancestor’ is one that links your family to one that is ennobled in some way – landed gentry, some level of aristocracy or – gasp – royalty itself. One perks of finding one of these links (or so you may think) is that these families will have been investigated and documented and pedigree’d many times in the past thus saving you effort and money. Obviously another perk is the added … cachet of having a ‘royal connection’. You can see how this fits in with Alex’s article on mistakes caused by ‘wishful thinking’ – if you had a choice would you prefer to be descended from Boleyn the fish gutter of Stockport or that other Boleyn family of some repute?

I take pains to add that there is nothing wrong in being descended from fish gutters, or from Stockport for that matter. (I’m also not saying that there is such a Boleyn family of fish gutting fame. Or that there isn’t. I don’t know.) Whichever line your family came from, its important to remain honest – both to yourself and to your ancestors.

So how do you end up with a gateway ancestor? How do the mighty fall?

Simple. The same way as any family. The family could find itself on hard times, the wrong side of a revolution or religious schism and have lands and titles confiscated. They could run out of sons back in the day when women couldn’t inherit or own property. Conversely they could have had too many sons: the younger scions would inherit neither wealth or a title and some migrated to the New World to seek their own fortune. Of course, there’s also the much harder to prove route of fathering a few children on a mistress (or two – or 14 – I’m looking at you King Charles II) or exercising some droit du seigneur (aka “droit de jambage“, “droit de cuisses” or “jus primae noctis“).

Much was made in the press regarding Cindy Crawford’s connection to Charlemagne (often misspelt as Charlemange which makes me chuckle). However, in 1999 a study was published by a Yale statistician named Joseph Chang (available here in pdf). In it, he states that if you trace the ancestry of a living population of people then the genealogical lines will not spread exponentially but cross and meet in a series of common ancestors. Moving back in time, the number of these common ancestors grows until you reach the point that:

In 2002 an article was published by journalist Steven Olson in which he went on to clarify that:

The upshot? If you’re European then you’re descended from Charlemagne. If you go back 3,400 years then the entire world has a common ancestor in Nefertiti. Or Confucius. Or Muhammed. 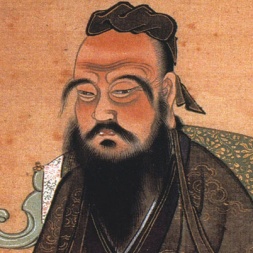 A more detailed write up of this concept was published on the National Geographic blog area by science write Carl Zimmer in 2013 and is available here that includes more recent DNA examinations of these statements. Personally, I have located Charlemagne in my tree as my 34 x great-grandfather … Nefertiti and Confucius remain more elusive – although Odin pops up as a 40 x great-grandfather!

Of course, there are many things to be said for and against published pedigrees of wealthy and royal dynasties (something that I’ll talk about at a later date!) – which echoes Alex’s point in her post regarding check, check, check again when dealing with previously-published material!

So how about it? Have you found any gateway ancestors in your tree?

Sharing ancestors, one person at a time. Genealogy and history