I have a few overriding memories of my grampy.

The first is that of his sneezes – they came from nowhere and rocked the room, scaring the bejesus out of me as a child.

The second is of my gran calling him “Frizzel” – a term of endearment created from his surname.

As mentioned in a previous post, I grew up knowing that he was German and had been a POW – which is how he’d met my grandmother. I also knew that his family were from what was the German Democratic Republic from 1949 to 1990 so communication was … limited.

I never asked him about his childhood in Germany, where he was from or what he did in WWII. One of the many regrets that haunt the background of genealogy. “I should’ve asked … Why didn’t I … If only …”

I do have a few bits and pieces, from here and there, that I’m going to share.

As previously mentioned, I had ordered a copy of Otto and Eva’s marriage certificate, and this showed his father was Laudislaus Frysol, a Parish Nightwatchman. 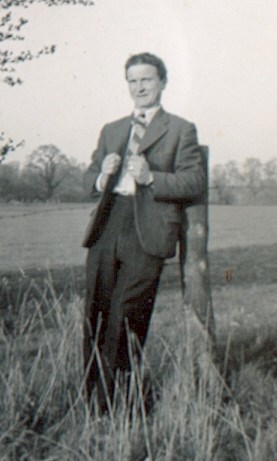 One of my uncles has Otto’s Reichspass, and from there I was able to add to what I know.

Erich Otto Frysol was born on 01 March 1921 in Paproc, Poland. Had he been born three years earlier, he would’ve been a subject of the Prussian Province of Posen. It wasn’t until the Treaty of Versailles in 1919 that the area came back under Polish control, and the final borders of Poland weren’t ratified until 1921. Germany once again invaded Poland in September 1939, and he became a subject of the Third Reich.

I wrote to a niece of Otto, a daughter of his sister Martha (known as Luise – Luise was known as Gisela), who confirmed that their parents were Ladislas Frysol and Anna Gleissner. Ladislas was one of four children, and Anna had 11 siblings. She was also able to give me the names and details of her own branch of the family. The elder sister married an older man but never had children of her own.

Knowing that Otto had been a POW in England during WWII, in 2008 I wrote to the International Committee of the Red Cross, asking for their assistance. Unfortunately they didn’t have anything in their files, but suggested I contact the Deutsche Dienstelle (WASt) in Berlin.

They maintain the records of members of the former German armed forces who were killed in action. Formerly called the Wehrmachtsauskunftstelle (WASt) this agency also provides information about the fate of foreign and German soldiers as well as prisoners of war in Germany.

I received a letter back, stating that they had information regarding his military career in the Navy.

For the first 3 months, he was a recruit, at first in Buxtehude, Lower Saxony, and then at the garrison in Husum, Nord-Friesland. This was for the 2 and then 18. Schiffsstammabteiling (essentially personnel training and depot units, recruits received their basic military and nautical training).

16 August 1943 – 26 November 1943 – Harbour Protection Flotilla Gironde. The object of the flotilla was to monitor and secure the coastal zone , such as mine clearance , outpost and escort duties. From mid- 1943, the existing port protection flotillas were resolved to saving personnel.

Looking at the awards he received, there are two.

The first has no date marked, but was received for: “War Badge for mine detection, U-boat-hunting and security associations”. The second was received on 23 August 1944 and was the Wound Badge (Black). 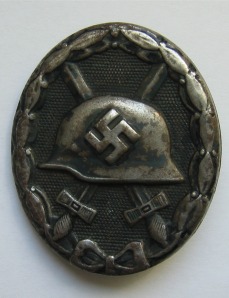 These were awarded when a member of the German Armed Forces was either frostbitten in the line of duty or wounded by enemy action. The badge had three classes: black (3rd class, representing Iron), for those wounded once or twice by hostile action (including air raids), or frostbitten in the line of duty; silver (2nd class) for being wounded three or four times, or suffering loss of a hand, foot or eye from hostile action (also partial loss of hearing), facial disfigurement or brain damage via hostile action; and in gold (1st class, which could be awarded posthumously) for five or more times wounded, total blindness, “loss of manhood”, or severe brain damage via hostile action.

Family lore has it that Otto was wounded whilst in St Malo. Given the dates, it would appear that he was not wounded in the battle for the liberation of St Malo, which was completed on 18 August 1944, but may have been located on Ile Cézembre – a fortified island off of St Malo that was part of the Atlantic Wall. It was heavily bombarded by land artillery, naval artillery, and air strikes, including some of the first uses of napalm bombs. The island eventually capitulated on 2 September 1944.

The letter ends by saying:

Was he captured in St Malo? The date of his Wound Badge seem to indicate he was around that area at the time of the Normandy invasion, and the number of German POWs in the UK increased dramatically at this time, or was he not taken until the end of the war, as the letter seems to infer? Difficult to say for sure either way.

I do know that he was one of the over 400,000 German POWs held in Britain by 1946, and one of the 170,000 POWs undertaking agricultural work. It was through this work, working on farms in Wiltshire, that he first met my grandmother, Eva.

Following the end of the war:

“… many prisoners were soon on their way back home but a programme of re-education was devised to supposedly prepare the prisoners for a new life in a different Germany. The full horrors of the Holocaust were put on show and one prisoner who was at the time a hard-line Nazi remembers that many of his comrades did not believe that the Holocaust had taken place,  thinking it was British propaganda designed to shame the German people even more. This process of re-education determined whether a prisoner would be sent home early or not and interviews took place to determine the prisoners attitude. Many who at first showed contempt for the British realised that the war was now over and the only way to secure their release was to change their attitude. Many did and the first repatriations took place in 1946. Some were less flexible however and at these interviews (which took place every six months) would show their loyalty to the Nazi regime by marching in to the interrogation room and giving a Nazi salute to the British officer present which would mean a further six months in captivity.”

The last prisoner repatriations took place in 1949 but approximately 25,000 prisoners decided to stay in Britain where they became known as “DPs” or displaced persons. Others married local girls and stayed in Britain. 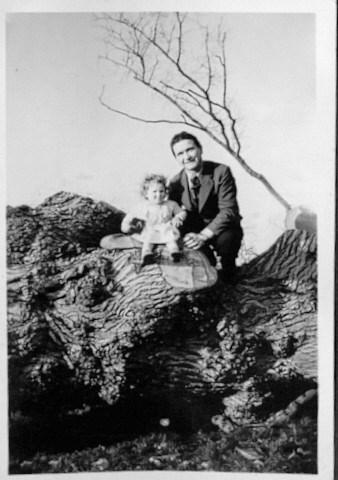 Whatever his reasons, Otto also remained in Britain and married Eva in 1953.

Do I wish he and I could have spoken about what had happened to him? Yes.

Do I understand why we didn’t? Definitely.

I’d still like to know more about the Frysol family. The only extant ones with that spelling I can find in records online are all my family. One of the items on my genealogy To Do list is to employ a Polish researcher to find any baptism records for Otto and his sisters to gain a fuller understanding of his family unit, and then work backwards from there.

Until then … this one’s for you, Grampy. 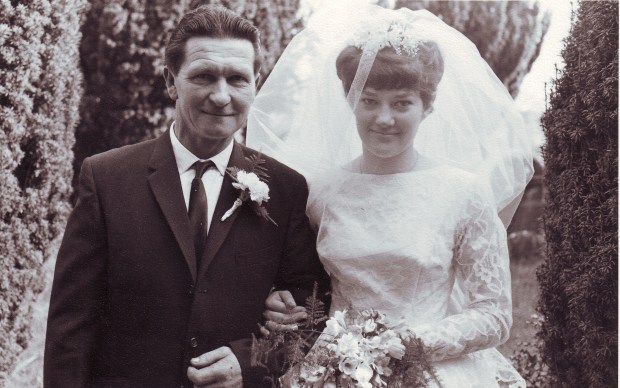 Follow The Family Mess on WordPress.com
Join 396 other followers

A story a day keeps the boredom away: SF and Fantasy story reviews